Achieving your goals is simply a matter of having enough willpower, would you agree?

Instead, it’s the disruption of “mindless” habits.

Have you ever snacked in front of the television while watching your favorite show?

If the answer is “yes,” then it’s likely that there have been times where you ate an entire bag of chips or popcorn (or whatever you like to snack on) without realizing it.

It’s little habits like these that operate out of your conscious awareness that could be jeopardizing your ability to stick with the goals that you’ve set.

Researchers at the University of Southern California decided to find out what disrupts mindless habits and what keeps them going.

They invited participants to watch just fifteen minutes of movie previews while sitting in an actual movie theatre.

Then, each participant was given a free bag of popcorn to eat. What the participants did not know is that the researchers randomly gave the them one of two possible bags of popcorn:

After the movie previews, researchers measured the amount of popcorn the viewers ate.

Those with a weak popcorn habit (meaning they don’t normally eat popcorn while at the movies) ate significantly more fresh popcorn than stale.

Those with a STRONG popcorn habit – ate the same amount, regardless of the bag they received (i.e. fresh or stale)!

That means that the people with the “mindless” popcorn eating habit didn’t even notice how stale the popcorn was.

That’s because the behavior is automatic and mostly unconscious.

The researchers didn’t stop there, however…

This time, they invited the same group of participants to a conference room where they were to watch movie previews. Again, each participant randomly received either a fresh or stale bag of popcorn.

The group of folks who had eaten the majority of the stale popcorn at the movie theatre (because of their strong popcorn habit) actually STOPPED eating the popcorn in the context of a conference room.

This means that just changing your environment or context of where your automatic habit is triggered, is enough to disrupt it.

And in yet another study, these same researchers conducted the same movie theatre experiment.

This time, they asked the participants to eat the popcorn with their non-dominant hand.

Again, those who had strong popcorn eating habits did not eat the stale popcorn.

Which means, also changing up how you do something is enough to disrupt an automatic habit or behavior.

So how can you use this in your quest to transform your health and your physique?

Well, much of getting in shape lies in your nutrition.

So if you have “bad” habits that involve snacking or eating mindlessly, you now have two tools you can use to change it.

For example, if every night after work, you like to relax on the couch and watch some television while snacking on cookies, chips or whatever, you can change one of two things.

Instead of snacking on chips or anything unhealthy, snack on veggies like carrot sticks, broccoli, or snap peas.

Alternatively, instead of sitting on the couch to relax, maybe you can lie down in bed and read a book… or go for a leisurely walk… or call up an old friend. You get the idea.

Whatever it is, focus on changing the context and/or how you normally do the “mindless” activity.

Focus on breaking one unhealthy habit a month, and by the end of the year you’ll be a whole new you!

We actually do this on the Precision Fitness Face Book page. Starting in February we begin the One Habit Per Month Challenge. Come join us!
Click here.

Click Any Icon Below to Stay In Touch With Us and Our Updates! 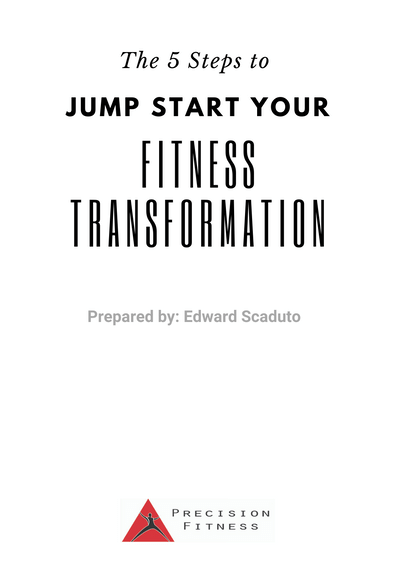 We know how difficult finding an effective workout regimen can be. If you are serious about getting results and reclaiming your attractive, healthy, and energetic body and stop “spinning your wheels” once and for all, please don’t wait another minute to contact us.

We are happy to provide you a no-obligation, no-charge consultation to discuss your goals and how we can work for you!

Our Process Is Super Easy...